Today we are happy to announce our Founder Frenzy fall sale is now live.

Hundreds of games from your favorite publishers including Focus Home Interactive, inXile, THQ Nordic, and more are on sale up to 90% off.

Focus Home Interactive is an award-winning publisher known for the quality, diversity and originality of its catalogue including original titles such as A Plague Tale: Innocence, Vampyr, and GreedFall. During the Founder Frenzy sale, you can find several games on sale: 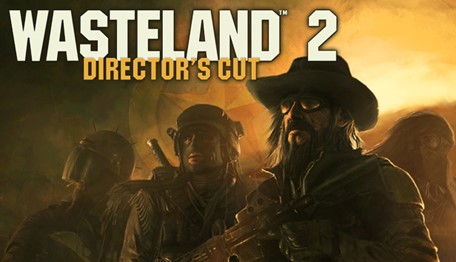 inXile entertainment is an Xbox Game Studio developing innovative and high-quality experiences for console and PC titles. Their history of successful crowdfunded releases includes Wasteland 2, Wasteland 3, Torment: Tides of Numenera, and The Bard’s Tale IV. During the Founder Frenzy sale inXile has put part of the Wasteland franchise on sale:

Founded in 2011, THQ Nordic is a global video game publisher and developer. THQ Nordic dedicated to providing the very best development resources to expand upon them with the level of experience that communities and established fan bases expect and deserve. During the Founder Frenzy sale take advantage of several games on sale:

Click here to check out the entire Founder Frenzy sale on now till November 3rd, 2020.

Starting today, when you create your free Robot Cache account you will receive a free copy of The Bard’s Tale IV Director’s Cut. The Bard’s Tale IV: Director’s Cut is the triumphant return of one of the most iconic RPG series of all-time. Delve into a tactically rich combat system that rewards creativity, solve puzzles to gain treasure and advantages, and discover a beautifully crafted world. 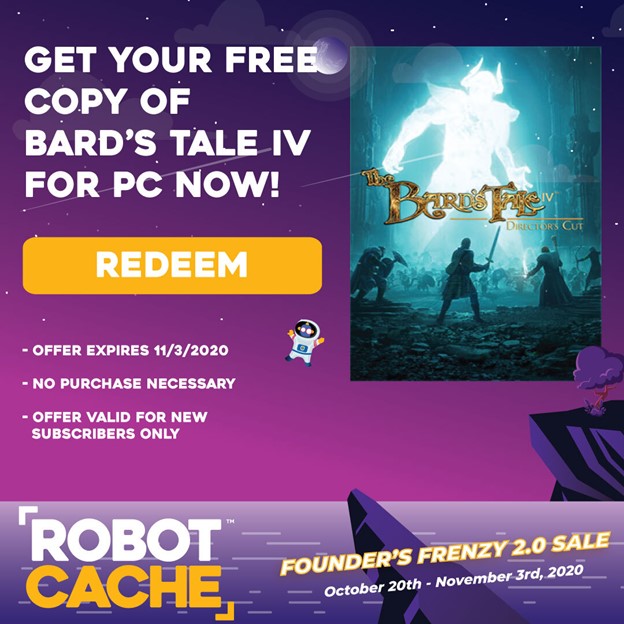