Robot Cache’s 1st Sitewide Sale – The Founder Frenzy Just for You! 3 months ago

Wondering why the Robot Cache community is in a frenzy of excitement? It’s because the Founder Frenzy sale has officially begun of course! Every week starting October 29th – November 26th enjoy great savings, up to 85%, on some of your favorite games on Robot Cache. This sale is in celebration our amazing community of Founder’s before our official launch which is coming up quickly! Look for us to soft launch in various countries before dropping the gate for Cachers around the world. 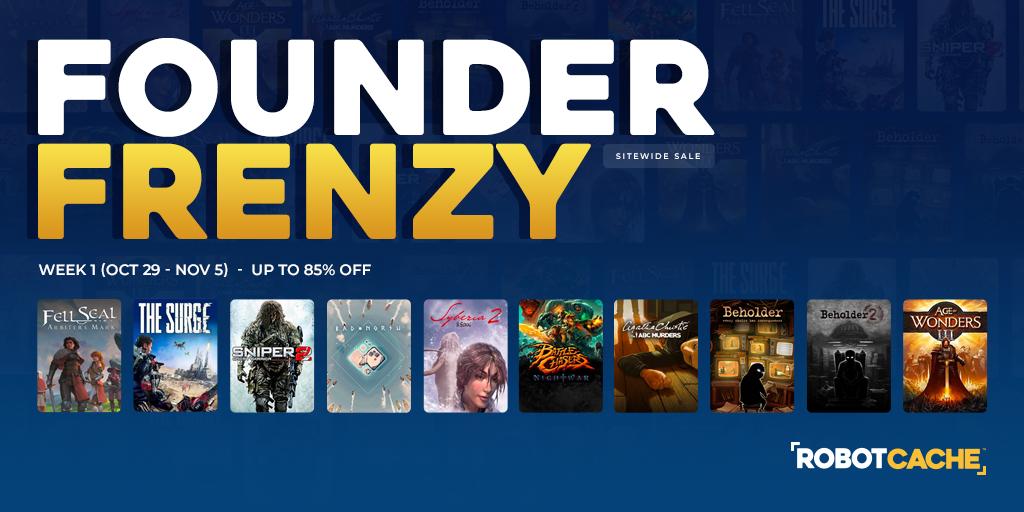 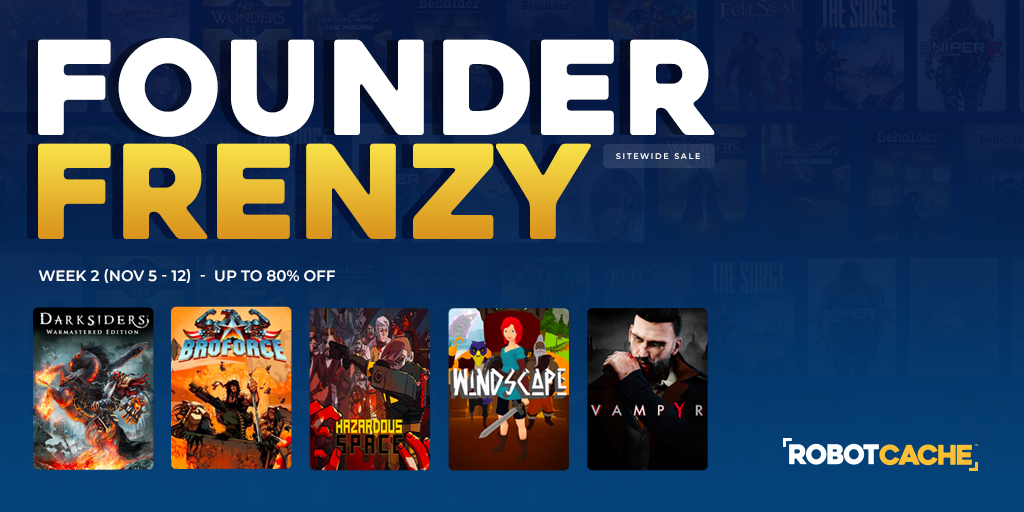 Check out what’s on sale for the second week of our Founder Frenzy sale. Week 2 runs from November 5th – November 12th (ending at 10:00am Pacific Time unless otherwise specified). 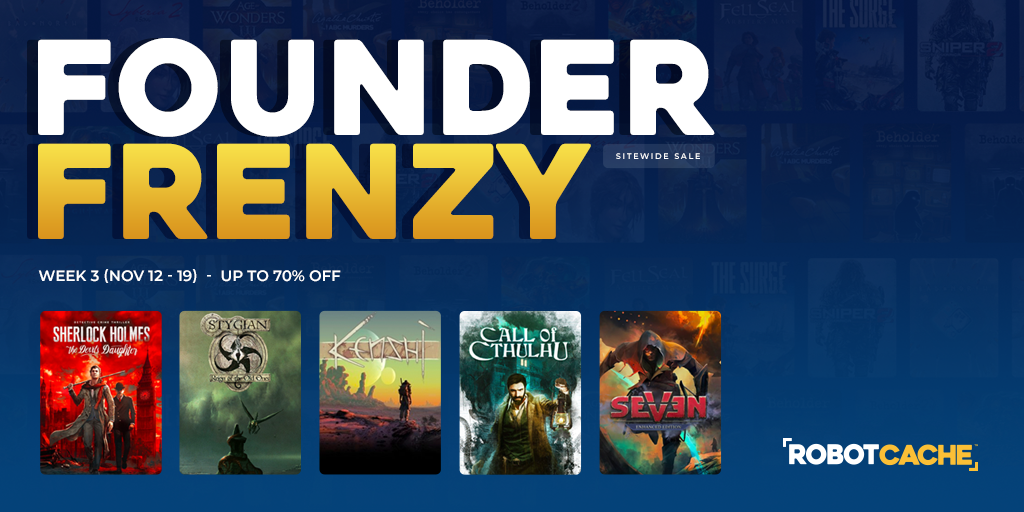 Check out what’s on sale for the third week of our Founder Frenzy sale. Week 3 runs from November 12th – November 19th (ending at 10:00am Pacific Time unless otherwise specified). 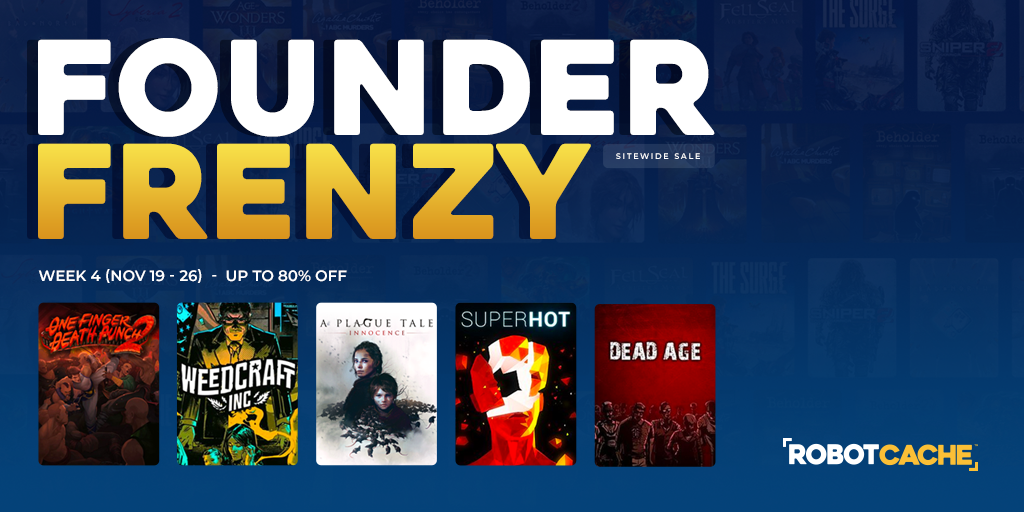 The 4th and final week of the Founder Frenzy sale is live now – November 26th (ending at 10:00am Pacific Time unless otherwise specified). Take advantage of these games that are currently on sale.

If you’re interested in Robot Cache, be sure to follow us on Discord and Twitter as we are giving out Fast Passes or if you want instant access redeem code FASTPASS at http://bit.ly/RCFastPass to become a Robot Cache Founder and receive:

Everreach: Project Eden Is Live On Robot Cache
2 months ago