With the rise of platforms like mobile and VR, people who’ve maybe never even picked up a controller now fall into the broad category of “gamer.” Meaning, yes, your grandma’s Candy Crush habit technically does constitute a part of the “gaming industry” in 2019. So please be nice and upvote her post on r/gaming. The industry is going through an evolution, so what does an average gamer look like in 2019?

With the influx of so many new faces, the Robot Cache team thought it’d be interesting to dive into the actual numbers and reveal who actually makes up these new demographics. They’re readily available, so let’s get to it!

(One note: most of the statistics are based on American audiences.)

According to AudienceNet/New Paradigm Strategy Group, a record 60 percent of Americans now play video games. There is an average of 2 gamers in every game-playing household. However, that doesn’t mean everyone has their hands on the latest Battle Royale or AAA adventure title.

Here’s what devices they are playing on: 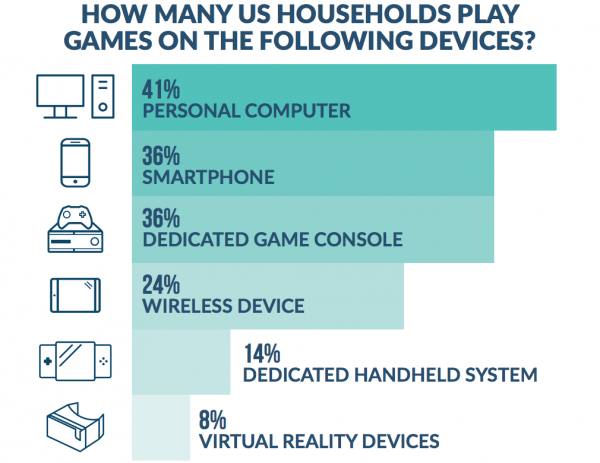 If the devices people are playing on are increasingly spread out, who exactly is the average gamer? It’s hard to compare a mobile gamer, to say, a dedicated PC gamer.

But the reality is that we all fall into the same industry sector, so if we total it all up, here’s what we find out: 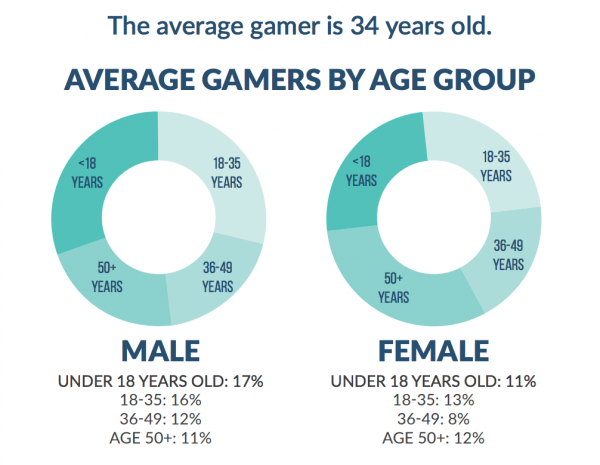 Change has been steady, and with all the new devices also come to a plethora of new game options. So what is the “average gamer” even playing? Are they diving into puzzle mobile games, or slamming down W’s in a Battle Royale? The answer may be what you expect… 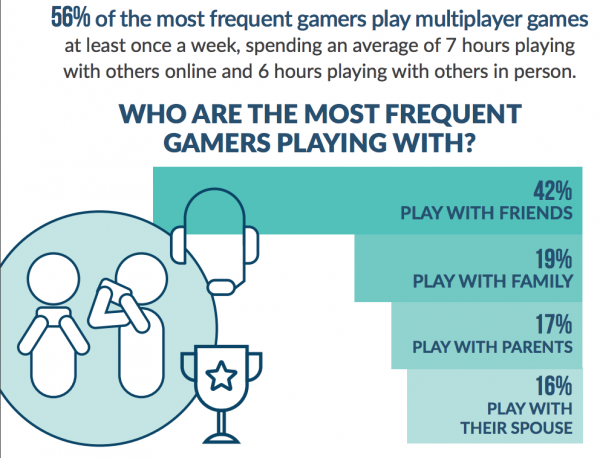