4 Problems Only PC Gamers Deal With 1 year ago

There is an amazing sense of freedom that comes with PC gaming that you just can’t get elsewhere. Freedom to upgrade, to modify, to multi-task, to re-bind controls, even to design your system to look the way you want it. And while we’d never trade that freedom in, here are 4 problems only PC gamers deal with.

4 Problems Only PC Gamers Deal With

Let’s get into four of the biggest problems PC gamers deal with. But not to worry, we provided the flip side to help PC gamers solve these problems. 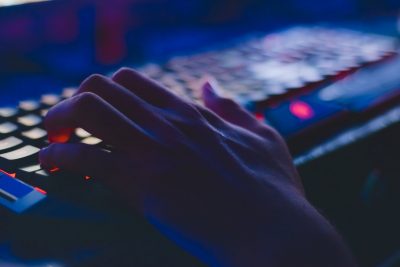 Some games just don’t want to play well on certain hardware. For example, PC players who rely on AMD hardware may encounter issues that Nvidia users don’t. This can be painfully frustrating, as all it takes is one incompatible piece of hardware to ruin your night. What can even more frustrating are unreliable hardware specifications, leading to performance issues. If you own a console, games tend to just work.

Performance issues might be frustration on PC, but when things do perform…they outperform the competition. The ability to upgrade your hardware allows PC gamers to run AAA titles at higher frame rates than their console counterparts. That performance boost is totally worth the headache of tracking specs and staying up-to-date.

Sorry PC gamers, but don’t expect Breath Of The Wild anytime soon. Japanese developers, in particular, tend to favor the consoles, which means many classic franchises are totally unavailable. And when we do get PC ports of games that were made for console, they can sometimes be unreliable. We all have horror stories of a AAA title that just simply doesn’t run well on PC. While some devs take great care in their PC ports, some others just don’t.

One word: INDIES. No console can match the number of independent games available for PC. And in recent years, some of these games have become serious hits. Sure they eventually ported Hotline Miami over to Sony, but trust me, nothing will compare to raising pig-masked havoc with a mouse and keyboard. Game developer? Check out info on our Partner Portal.

PC gamers tend to buy in bulk. This is because most PC marketplaces run specials where whole sections of the store will feature discounts, and don’t get me started on the bundles. This usually results in backlogging your library, hoping you’ll get to everything eventually. Did you maybe just spend to much money all at once? Maybe.

Sales, duh. While console marketplaces do run exclusive sales for members and other periodic discounts, they just don’t compare to the ol’ personal computer. Grabbing a bundle for a good price is a good feeling. As long as you actually play them that is! Which reminds me…

If there is one definitive fact about all PC gamers it is this: you have a lot of untouched games on the hard drive. Either you never played it (but that bundle was a great deal) or you played the hell out of it years ago and just haven’t touched it since. Regardless, it’s sitting on that hard drive taking up space, and it’s not worth a dime. But with digital PC games, that’s just not a possibility. Or at least, it used to not be…

Robot Cache has built a marketplace that allows for the reselling of digital PC games! This means that if you buy a game on RC, play it, finish it, and forget about it….it’s still worth something! List the game, Robot Cache finds a buyer, you get 25% of the original price back, and now have funds to go buy more shiny new games. That’s a revolution to get behind. If you want to be a Founder and help us change the world, signup at www.robotcache.com.