One of the greatest joys of PC gaming is the ability to customize your rig. It’s what sets us apart from our console-bound brethren, and allows us to play games that run buttery-smooth in comparison. But for newcomers, the joy of PC gaming is the whole build-your-own aspect. It can appear cumbersome, expensive, and maybe even a little daunting. Do you really need the most expensive video card, or will that gaming chair be enough to take the Ws till dawn? Here are 5 PC build myths finally put to rest.

1. Bring Me Your Most Expensive Video Card 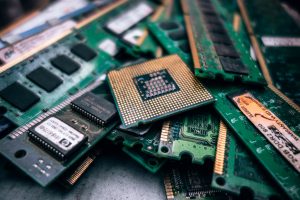 This PC Build myth comes from the idea that a costlier video card is always better for any gamer. But the reality is that if your display doesn’t support super high resolutions such as 2560×1600, then you may not have a great reason to spend the dough in the first place. There a ton of more budget-friendly cards that allow for later expansion with compatible motherboards. So if you’re unsure, spend less now, and upgrade later when (and if) it becomes relevant.

We’ve seen some incredible rigs that don’t live in a fancy gaming case. We totally get it, the neon lights and transparent walls make you feel like a straight cyberpunk killer-for-hire. But if you’re looking to save the money, skip the aesthetics and go for a normal, inexpensive computer case.

Most mainstream gamers are running pretty energy-efficient components these days, and don’t actually have a need for 1000+ Watt power supplies. However, gamers who run dual high-end video cards in SLI or CrossFireX configuration likely benefit the most from having a higher-end PSU.

Wrong. While we love SSD’s for many reasons, it’s actually a PC build myth that it will speed up gameplay. It will certainly cut down on load times, but really it’s up to your CPU and GPU to handle actual gameplay. And obviously, if your playing online, then your internet connection is really who’s running things.

5. It’s all about having a fast processor.

This common misconception of “faster processor = better gaming” doesn’t take into account the fact that many games can’t even utilize a performance boost from a faster CPU. But if you think your CPU is the problem, try testing your frame rate for different games. If the average doesn’t change, then the CPU may be the issue. Just another PC build myth! Although a faster processor may help with our mining feature.

At the end of the day, the best rig is going to be a well-rounded one. The most important thing is to avoid a bottleneck in which your expensive hardware is being under-utilized (like having a high-end CPU but a so-so Video Card.) And for the love of all things gaming, have fun with it.